My mother was 38 when she was diagnosed with breast cancer in 1990, and it was unexpected to say the least. She was young and our family did not have a history of breast cancer. My breast cancer diagnosis came when I was 27. I knew I carried a higher risk for breast cancer, but the results were still shocking. 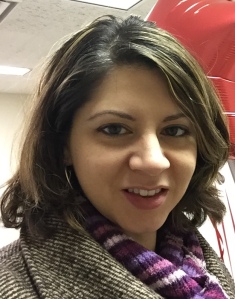 I figured we must have some genetic predisposition for breast cancer. In December 2005, during my treatment at Saint Louis University Hospital, Dr. Suzanne Mahon submitted a genetic sample to determine if I had one of the BRCA genes linked to breast cancer.

Two weeks later I was reluctantly ready to hear their findings. I knew I was going to be positive for one of the BRCA genes. I knew it was good to have as much information as possible, and yet I knew I would be upset to see it on paper. I opened the envelope with Dr. Mahon ready to interpret the results.

The lab found nothing. There were no genetic markers indicating that I would be at risk for breast cancer.

I looked at Dr. Mahon, she looked at the results, frowned and said, “I think we just haven’t advanced far enough yet. I believe your cancer is genetic, we just don’t know where to look for it yet.”

Frustrated and angry that I had no answers as to why my mother and I had the same type of breast cancer, I tried to put it in the back of my mind. I continued aggressive treatment and focused on recovery. My hair started to grow back, I got a new job, I bought a house, I got married.

Seven years later, at the age of 34, my breast cancer returned. Dr. Mahon informed me that cancer researchers and geneticists had made significant advances since I had last seen her frowning at my results. I was encouraged that there were many more DNA areas to look at. So I again swabbed the inside of my cheek, swished with mouthwash and sent in the sample, with my health insurance covering the cost.

Two weeks later Dr. Mahon told me, again, there was nothing to indicate a genetic predisposition for cancer. Disappointed and irritated, we carried on the same conversation from seven years before; it’s probably genetic, there’s still a lot we don’t know, etc.

Dr. Mahon then said, “There are places some researchers are looking at, it’s pretty new and your insurance may not cover it, but I think it’s worth a shot.” Intrigued but doubtful, I hung up the phone. If my insurance wouldn’t cover this, could I afford paying out of pocket? Would I have to wait for years for health insurance to catch up?

Two weeks later Dr. Mahon called, but this time our conversation was very different. She was able to have the lab run new tests. That third test found the answer I had been looking for since 2005.

Now my doctors and I know what we’re fighting. I know that I’m at risk not only for breast cancer, but other cancers as well. It’s scary, but knowledge is power.

Now I get additional screenings each year.

Now my cousins, even distant ones, can speak more confidently about their own health.

Now I know my son will need to be tested when he’s an adult.

I am so grateful that Susan G. Komen St. Louis granted funding to Dr. Mahon in 2012, and that she armed me with a new way to fight cancer. I am constantly encouraged by the advances in breast cancer treatment. My hope is that cancer treatment continues to become more and more refined so oncologists can isolate the cause and effectively treat each patient with a direct, targeted approach. I believe we can find a way to fix or turn off genes that cause cancer.

This is why I choose to volunteer with the Susan G. Komen St. Louis Affiliate. As a member of the Komen St. Louis Young Professionals, I can serve as an ambassador in our community, sharing my story and making sure other young women and men are aware of the resources in St. Louis. We work together year-round to raise awareness and funds for Komen St. Louis, ensuring support for critical breast health programs in St. Louis.

Rhiannon is a member of the Komen St. Louis Young Professionals and also volunteers on the committee for Komen St. Louis’ inaugural Trivia Night, taking place on January 17.

Right now, Komen St. Louis funding supports six local organizations that deliver critical, life-saving breast health services – including free mammograms and navigation through the complex health care system – to individuals in our community who may not otherwise have access. Komen St. Louis funding allows Debra Custer and the Southern Illinois Healthcare Foundation’s START NOW program to provide patient navigation and other breast health services to women who have low income or no insurance or who face other barriers to accessing this care. We can’t do this without the support of our community. Your support is vital and helps us fund:

Please help give strength to the local fight against breast cancer by giving to Komen St. Louis. Thank you!

As you get ready for the holidays, please take a moment to think of those who are fighting breast cancer right here in our community, and do something today to help us save lives. That’s the spirit of #GivingTuesday – to pause and add deeper meaning to the holidays by giving to a cause that’s important to you.

Please give a gift to Susan G. Komen® St. Louis in honor of #GivingTuesday.

Your gift helps us save lives in the St. Louis region.

With your gift, we can offer assistance to individuals and families facing breast cancer in your neighborhood. Plus, you can help us support research to find better treatments and to find the cures.

Please join the #GivingTuesday movement by giving to Komen St. Louis today. You’ll help us in our urgent efforts to help save lives right here in our community.

Please give a gift today.

Komen Missouri is blogging about